Home All Sports Where is Ohio State football in USA TODAY’s Week 7 re-rank?

The Ohio State football team continues to climb up the polls. The Buckeyes are also beginning to get more traction with the opinions of the national media, now being talked about as a real College Football Playoff contender.

But what about our mothership, USA TODAY Sports? It appears as though Paul Myerberg is not yet impressed enough to move OSU up among some of the best contenders in the nation just yet in his weekly re-rank piece. In fact, Myerberg has Ohio State at only No. 8 behind Georgia (1), Cincinnati (2), Alabama (3), Oklahoma (4), Michigan (5), Oklahoma State (6), and Oregon (7). Behind the Buckeyes rounding out the top ten are Iowa (9) and Michigan State (10).

While we can argue about teams like Alabama, Michigan, Oregon, and Oklahoma State being as high as they are, the Buckeyes do have that loss to the Ducks to blame and will have to show some like Myerberg that they’ve improved drastically by making a statement win. That’s coming in the next few weeks with games against the likes of Penn State, Michigan State, and Michigan, so at least there will be plenty of opportunities to convince those that are still taking a wait-and-see approach.

In the latest NCAA Re-Rank, @GoBearcatsFB has inched to No. 2, while @CowboyFB made a big jump into the top 10.

See where each of the 130 programs landed after Week 7’s action. https://t.co/DCenbwjxI7

But hey, at least these rankings aren’t as bad as what we’ve seen from R.J. Young, so there’s that. If you haven’t seen those, look them up and have a laugh. 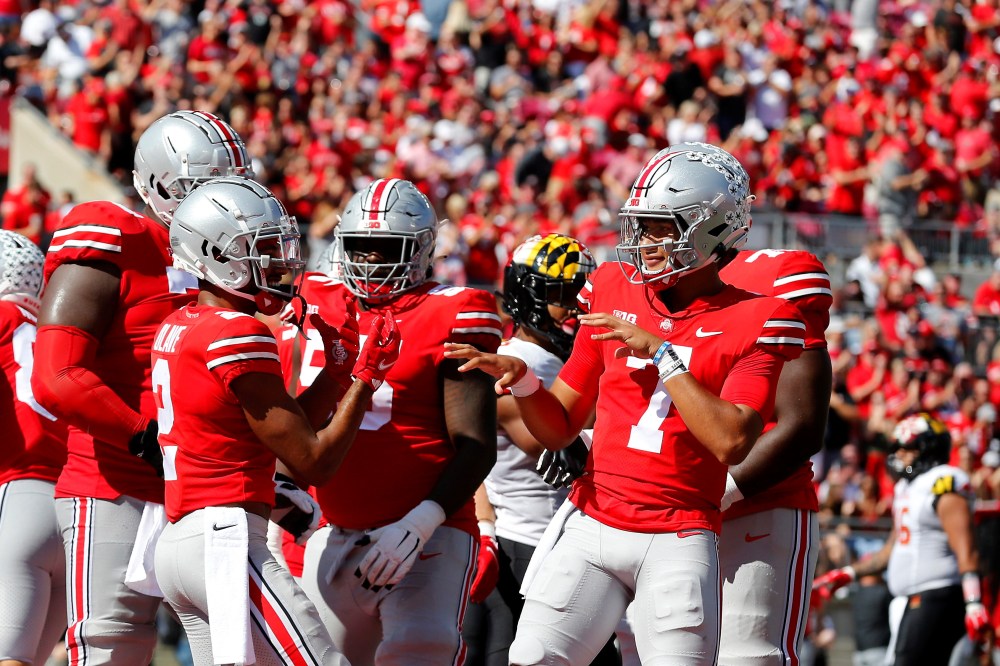 Why Billionaire Ryan Smith Is Caddying For Tony Finau

‘When He First Saw Me’

All Sports December 1, 2021
© 2021 Flag Media Group. All Rights Reserved. ** TELL YOUR STORY **
We do not generate news. This digital publication and all Flag Media publications curate Google news using Google RSS Feeds.
Please advise if any posts need to be removed for licensing/copyright issues.